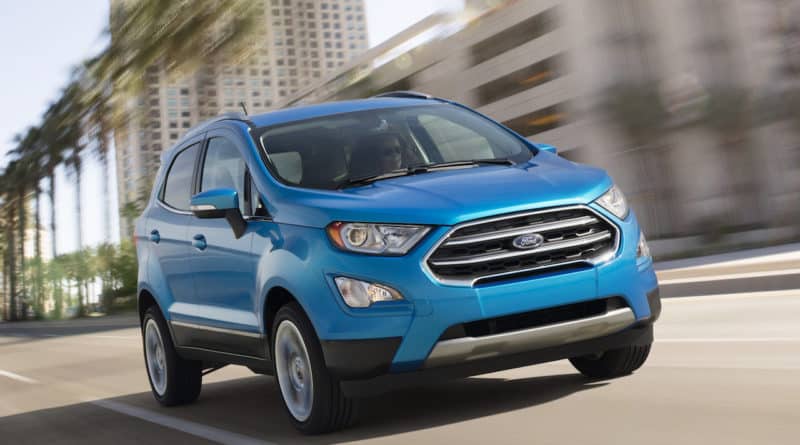 The much-awaited 2017 Ford EcoSport is here replacing the old workhorse that started the sub-four-metre SUV segment.

The 2017 Ford EcoSport went on sale today with a starting price tag of Rs. 7.31 lakh (ex-showroom, Delhi). The Ambiente trim with the petrol engine and a 5-speed manual transmission is the most affordable. The Titanium+ with the petrol powertrain and a 6-speed torque converter automatic is the most expensive. It carries a price tag of Rs. 10.99 lakh before registration and insurance.

The facelifted Ecosport is around Rs 10,000 dearer than the outgoing model. This is justified as now it gets a lot more amenities. That said, Ford said that they have increased the localisation from 65 percent to 85 percent. The diesel engine carries a premium of about Rs. 70,000 over petrol trims making it easier to justify the jump. After doing some math and voodoo, we found that the automatic transmission is also reasonably priced. Compared to the non-existent manual variants of Trend+ and Titanium+, we found that you’re paying about Rs. 90,000-1,00,000 for the transmission.

The new 2017 Ford EcoSport comes with a new petrol engine. The 1.5-litre 3-cylinder engine replaces, both, the 1.5-litre 4-cylinder motor and the 1.0-litre EcoBoost. It makes a respectable 122hp of power 150Nm of torque. It returns a fuel efficiency of 17km/l with the 5-speed manual transmission and 14.8km/l if you have the 6-speed automatic.

The diesel mill comes along with no changes. The 1.5-litre engine continues to make 99hp and 205Nm. A 5-speed manual gearbox is the only choice. The fuel efficiency of the oil-burner is rated at 23km/l.

The 2017 Ford EcoSport was a lone wolf when it started its journey. Now, it has Honda WR-V, Tata Nexon, Maruti Suzuki Vitara Brezza and Hyundai i20 Active.

The Brezza has had the biggest impact on the sales of the EcoSport. In fact, the launch of the home-made compact SUV forced Ford to revisit their pricing strategy. The EcoSport, hence, witnessed a massive price drop, especially with its diesel variants. Since the Brezza isn’t available with a petrol powertrain, the EcoSport didn’t face much heat in that sector.

Also Read: Toyota Fortuner vs Ford Endeavour: What Should You Buy? 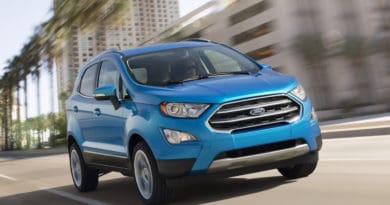 Ford Ecosport S Launching on 14th May with Ecoboost Engine