The Maruti Suzuki Ignis was last showcased to the media in December 2016, and it has since generated quite a buzz. The designers have managed to make it more funky and less quirky, and it looks far more palatable than the Ritz. The casual observer will find that the quirks are minimal, but there are enough details to catch maximum eyeballs.

Among the contenders are Hyundai Grand i10, Ford Figo and Tata Tiago. There are two things common among the three cars here. First, their advertisements showcased them in orange colour. Second, they all look very conventional and none of them tries something new in terms of design. The conservatives call them ‘the safe choice’.

The Grand i10 got off to a great start, thanks to its ‘Fluidic 2.0’ design and a bucket full of features, which always gets the tech enthusiasts drooling. The Figo tried to build on the success of its predecessor but didn’t sell very well. The engines are powerful, and the car’s pricing is right, but it doesn’t handle like a Ford. On the road, the Figo feels like yet another Japanese car with a punchy engine. The Tiago is Tata’s first attempt at showing what they can do. The design elements give it its unique identity, the fit-and-finish is commendable, the feature list is long and the pricing is more like icing. Rs. 3.2 lakh for the base trim makes it the most affordable car to come with a rake-adjustable steering and a multi-info display.

In comparison to the competition, the Ignis looks like it came from the outer space. The flared wheel arches, mild body cladding the ‘Suzuki Progressive Triad’ at the back and its tall stance give it the urban crossover look, and that is the need of the hour. People are flocking in spades in the direction of anything that looks like an SUV.

Among the cars here, the Figo is the longest, the widest and has the best wheelbase but the Ignis wins the fight of the height by being the tallest. Even though the Grand i10 has the biggest fuel tank in this list, it’s the Figo that’s better suited for grand touring because of its higher power rating and better fuel efficiency. The diesel variants of the Figo and the Grand i10 can both (theoretically) cover 1,032km in one full tank of fuel.

For weekend getaways, the Grand i10 with 265-litre boot space makes it the ideal choice, but the Ignis and the Figo aren’t falling too far behind. The Ignis has 260-litre of storage in the back while the Figo has 257-litre.

The ground clearance of 180mm makes the Maruti Ignis the best option here to deal with the Indian roads.

Among the petrol engines, the Figo easily takes the prize with best power figure not only for its 1.5-litre automatic variant but also for the 1.2-litre manual transmission engine. The 1.2-litre engine makes 87HP at 6300RPM, and the 1.5-litre diesel engine makes 110HP at 6300RPM. The torquey of all though is the Tiago’s petrol engine. Well, even the Grand i10 makes 114Nm and others aren’t too far behind. The Tiago wins not only because it has the best torque, but also because it delivers it early at 3500RPM; 500RPM lower than the Grand i10.

The new Figo is not the handler it once was, but it’s fast. The diesel engine delivers 99HP, which is head and shoulders above the competition. The 215Nm helps it easily win the fight for torque. It’s also more usable as it’s spread evenly from 1750RPM all the way to 3000RPM. And it does all that while delivering a respectable fuel efficiency of 25.8km/l.

Among the automatics in this compare, the Figo comes with the most powerful engine. The 1.5-litre engine also packs the most advanced dual-clutch transmission. But the Ignis is still our pick because of its wide array of transmission. With two engine options and two transmission options for each of them; there’s something for everyone.

Maruti Suzuki makes the most fuel efficient cars. I want you to forget that for some time now because it couldn’t manage to trump the Tiago. Tata’s hatchback has the best numbers here. Tiago’s petrol variant promises 23.8km/l while the diesel delivers 27.2km/l.

The Grand i10 fails miserably among petrol automatics with its vintage 4-speed torque converter automatic that should’ve been in a museum by now. The transmission is missing the fifth gear, and it also saps the engine power, which negatively affects fuel efficiency. Perhaps that’s the reason why Hyundai doesn’t disclose the efficiency figure for the automatic variant.

The Ignis, however, emerges victorious, thanks to its efficient AMT automatics. The Figo’s dual-clutch unit is advanced and doesn’t rob you of the engine power, but it hasn’t been around long enough to prove its reliability.

The Tiago is priced very well and is the most affordable car in this four-way battle. But there’s no denying that all of the other cars are from a segment above in comparison. If you’re looking for value, then the Tiago offers it in spades. If you want to go higher, then the Figo is a very well equipped car and its pricing isn’t too bad either. Thank God it didn’t do well on the sales charts. That would’ve spiked the prices; instead, it got a price drop to remain competitive. Speak to a Ford dealership, and you may even be pleasantly surprised by some more discounts to sweeten the deal. 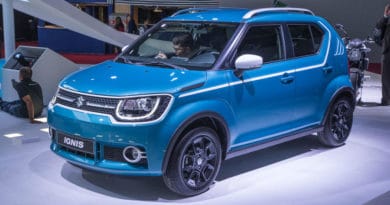 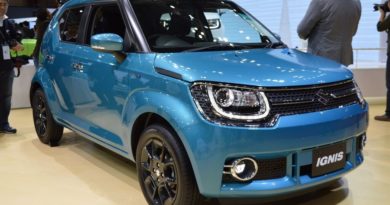