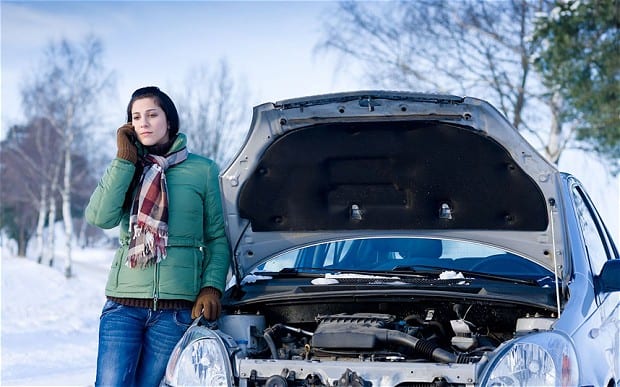 If you own a car, you have most likely faced an issue with a car battery. If not, then you will one day. I’m not cursing you, but that’s how it is with batteries. They give up on you suddenly one day. And, it can be a frustrating experience when the engine won’t start due to a weak battery.

Therefore, it’s important to watch out for early signs of a car battery reaching its end of life.

1) The ignition cranks have become a little slower than usual. When you turn the key, the ignition motor seems sluggish.

2) The headlight of your car are dimmer than before.

3) Engine misfiring, specially at higher rpm. When the battery is not able to deliver required current to the spark plugs, the engine won’t burn the fuel optimally.

How to choose the right battery for your vehicle?

After you’ve concluded that you need a new battery for your vehicle, the next question comes: What kind of battery?

These are some of the things you need to know before going out or searching online for a new battery:

1) Size of the battery: Batteries comes in various size and it’s important to check what size battery would fit in the engine bay of your car. The size of the battery is often denoted by BCI Group Number, for example 41, 40R, 58R, etc. You should be able to find this number from the owner’s manual or mentioned near the battery box.

2) terminal direction: Check the negative and positive terminal location on the existing battery. Make sure that it’s the same in the new battery also.

3) Battery type: (VRLA, Lithium-ion, flooded): There are different types of batteries in the market today. The flooded battery is one of the oldest and most used battery today. Reason being that it’s more affordable than the rest. Although, today most flooded batteries are seals so you don’t need to check and top up fluid levels.

AGM (absorbent glass matt) batteries have a layer of glass wool inside it’s shell. This gives it better shock resistance, it charges five times faster than flooded battery, and is slightly lighter.

Lithium-ion battery makes great sense if you want to reduce weight from your vehicle. They can almost be one-sixth the weight of similar spec lead-acid battery. Li-ion battery also charges much faster than acid batteries. Therefore, that could serve you well if you mostly drive short distances.

How much will it cost you to replace car battery?

On average, a car battery will cost you in the range of $40 to $120. However, some premium batteries can cost up to $200 as well. For example, a Lithium-ion type battery would come under a premium category

Flooded acid batteries are the most affordable, then AGM batteries that have absorbent glass matt in them, then come the Lithium-ion batteries.

How to prolong the life of car battery?

Generally, a car battery should last you around five years, if you take care of it. What does taking care of the battery means? Well, there are multiple factors that deteriorate the performance of the battery. This includes Extreme temperature (both cold and hot), driving short distances, a number of electrical accessories, and even bad roads. Read More: How long should a car battery last?

Today, most batteries are sealed, so you don’t have to check the electrolyte levels or top it up. Can’t do much about driving in extreme temperatures or bad roads.

So that leaves us with reducing the unnecessary load on the battery by using limited electrical accessories. And try to drive the car for a longer distance once in a while.