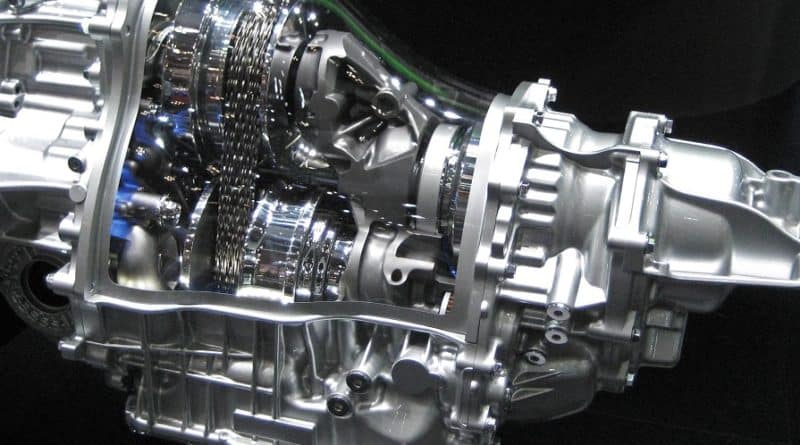 Often, gearbox of car does not just gives up suddenly one day. It shows unusual signs that something’s wrong, long before it fails completely. Let’s see what are those warning signs:

1) Transmission Slipping: Whether your drive manual or an automatic transmission car. Transmission or clutch slippage can be noticed when you feel rpm rising unusually high while accelerating. Some people also describe it as rubber band effect.

Most automatic transmissions rely on hydraulic pressure to keep the gearbox connected to the flywheel. The transmission can slip due to low oil pressure inside it or even due to some worn out part.

For manual transmission the rubber band effect is evident when clutch pack has worn out. In some rear case the tooth of gears itself can wear out and slip. But this is a rare case.

2) Vibration increased: We all want to drive smooth, ultra refined vehicles that seems to be built to last. However, when most people notice increased vibration and don’t think much about it. Is it really a trade off we should accept as the car gets older? I don’t think so. If some component is causing the increased vibration, let’s fix it.

The transmission has hundreds of moving parts working together in sync. Even if once thing develops an issue, it’ll create a chain reaction for other parts to wear out sooner.

Increased vibration could be due to worn-out transmission mount, low transmission oil, or some other mechanical issue inside the gearbox.

3) Unusual sounds: If your car gearbox making thud sound as you slot it in drive? Do you hear a grinding sound from the transmission tunnel? Or is there is a constant whining sound (worn bearing)? Any unusual sound after engaging transmission should indicate that something’s off with it.

4) Check engine light is on: Almost all cars nowadays will warn you about any transmission issue by flashing a check engine light on your dash. Sometimes the warning light can be unique for transmission related problem. But a general check engine light could also light up. Now to find the exact problem area, help of ECU Scan tool would be required. All workshops have it but even you should have a basic diagnostic tool in your kit.

5) Engine over-revving: Engine revving more than it ideally should is a typical sign of worn out clutch pack. The gearbox is not able to send power to the wheel due to clutch slippage. This can be detected easily in a stick shift car. But could also happen on an automatic transmission vehicle. So if you hear rev rising abnormally high than it ideally should, it’s time to get the transmission checked.

7) Suspicious oil leak in your driveway: If you notice a pool of oil under your car, keep in mind that it could also be transmission oil. Most transmission oils are red in color. If not, it could be brake fluid, engine oil, or power steering fluid (for hydraulic steering). If the point of leak is transmission then you could be running low on transmission fluid and running a car this way can cause excessive wear on the transmission.

Know why changing transmission fluid can be bad for your car

8) Won’t shift into gear: It’s obvious that if car won’t go into gear, something’s wrong with the transmission. Automatic cars are quite complicated and this issue could happen due to overheated transmission, hydraulic failure, mechatronic issue, electrical or mechanical fault.

If a manual transmission doesn’t go into gear, it could be due to clutch pressure plate, clutchdisk or worn out synchronizers. Also rule out if clutch cable or linkage is not broken. Learn how to select gear oil for manual transmission

10) Delayed or Clunky Shifting: Your automatic transmission should shift the transition between gears smoothly. It should not be jerky or clunky unless you drive a Lamborghini Aventador with a single-clutch gearbox. It’s better if you get it checked by a professional as soon as possible because a small problem causes a chain reaction and causes more issues if left unchecked.

What's the most common transmission repair?

Low transmission fluid level and low level due to leak are the two most common transmission service. Leaks often happen due to gasket or seal rupture.