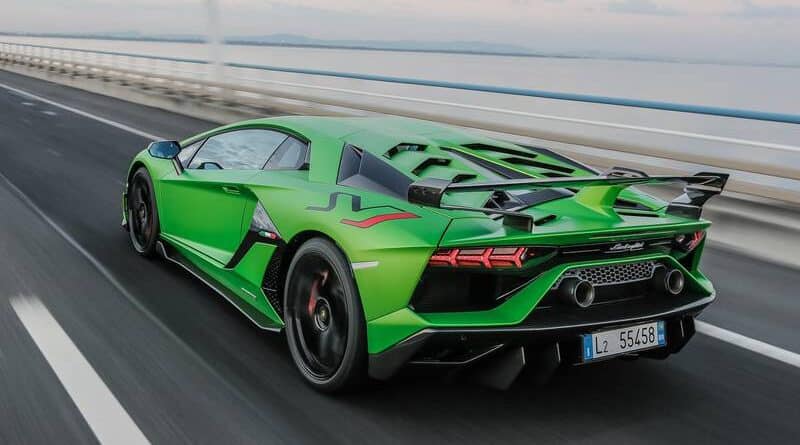 Technology has taken over almost every aspect of the modern car. And as much as we at Motoring Junction hate to admit it, we have to say goodbye to Lamborghini’s much loved and coveted naturally aspirated engines as well.

The Aventador SVR is rumored to be Lamborghini’s last naturally aspirated V-12, before the company moves on to hybrid engines. And what’s worse is that this last naturally-raised bull by Lamborghini will only be available to drive on a racetrack. Lamborghini released a teaser video of SVR in March 2020. Watch it below:

Emotions aside, however, if the rumors are anything to go by, this car will be one hell of a beast, and equipped with nothing but the best, courtesy of one of the biggest names in the automobile industry. Let’s take a look at the final naturally aspirated beast from Lamborghini – the Aventador SVR, the numbers, and how well it performs on the track.

In February of 2020, a bunch of stats surfaced when Lamborghini released a video of the vehicle’s engine howling a most serene melody. Since then, the numbers have continued piling up and we can’t really put a circle on exactly what the specs sheet will show during the day of the launch in 2021, but here’s what’s been almost confirmed so far:

The Aventador SVR will be released in early 2021, and will produce around 830 horsepower, packing the treasured six and a half cylinder V-12 engine, and can go from 0 to 60 miles (100 kmph) in just a little below 2.8 seconds! That is one fast moving car – and coupled with an Xtrac sequential gearbox to power the four driving wheels, we can only guess as to how fast it’ll go.

There are also reports that only 40 of these beasts will be made. So not only will these cars go fast, they’re going to get out of the shelf in the blink of an eye. So if you’re planning on buying one, better be quick.

Currently, the most hardcore Aventador is the SVJ and that broke the Nurburgring lap record in 2018. Watch the onboard video below:

A Beast Of Nature

The Aventador SVR, like we mentioned before, will be the last vehicle to have a fully mechanical system. This car will not be a hybrid. Lamborghini has slowly shifted from naturally aspirated engines to hybrid vehicles to keep up with times and make their vehicles more precise, chic, and blazingly faster. We most recently witnessed this happen with the Lamborghini Sian in 2019, and after the SVR, we will probably be seeing a lot more of it.

There are also rumors that this may be the closing call for the Aventador itself, and that Lamborghini is building a new replacement for the vehicle, but one can only guess.

The Aventador SVR is meant for track-riding only, and we know why. The car has been designed with such sharpness and performance-focussed engineering that you just know with one glance that it is not something that the road can handle.

The electronically controlled self-locking differentials stand testament to that fact. These differentials are most commonly used only in World Endurance Championship races. The road simply cannot handle such an accurately working drive mechanism. And as tempting as it may be, driving it on the road is just not something we can do with the SVR. It is sadly meant to be confined to the tar of the track.

One thing we know for sure from leaked images and talkative sources is that the Aventador SVR isn’t going to be anything similar to its predecessors. This especially applies to the exteriors. The leaked images show the SVR to be a much more magnificently designed beast with the looks that would make any car enthusiast’s jaw drop in awe. We’re not even exaggerating. It simply is that pretty. A well-vented hood, a gorgeous roof scoop, and a really big rear wing will ensure that the car stays glued to the track at all times.

If the rumors prove to be true, the Aventador SVR will be the last line of Aventador to come out from Lamborghini and will mark the end of an absolutely enchanting era of super and hypercars. It will also mark the end of using naturally aspirated engines in Lamborghinis, so that in itself is quite saddening for many fans who still believe in the power and pride of free-breathing and roaring exhaust sound.

Nevertheless, the Lamborghini Aventador SVR will be a joy to behold when it gets here in 2021, and regardless of how it performs, it will indeed be an emotional moment for every automobile fan across the globe.