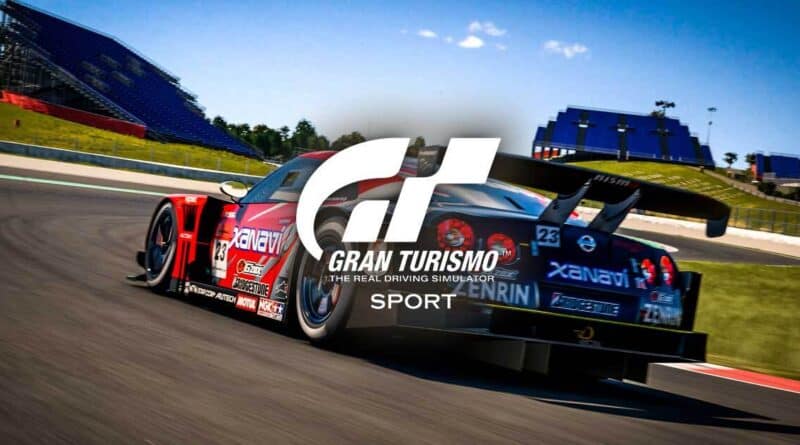 We found the best racing games for PS4. I am sure you want to drive some of the best supercars, at least in a video game for now.

If it’s a surreal gaming experience that you’re seeking, the PS4 is definitely one of the top choices for that. It’s possibly the best gaming console available in the market today with a wide rack of realistic racing games on its shelf.

I’ll highly recommend you get a racing simulator wheel controller to play these games. Logitech G29 is a good one to start with.

If you want to take it further, PS4 is compatible with some of the best racing simulators. That just takes the experience as close to the reality. With PS4 you can also challenge other players online, and take part in big tournaments. The racing games today have gotten so close to reality that even the best racing drivers play them for training.

Note: Sony PS5 is backward compatible with PS4. That means that you can play all games of PS4 on PS5 too.

I searched several forums and talked to professional racers and arcade players to find the best PS4 racing games. Check it out:

Gran Turismo has always been a fan-favorite for millions of players around the globe. It has evolved since the beginning of the Sony PlayStation and is one of the console’s flagship racing games. The latest edition of this series is the Gran Turismo Sport, which was developed with the power of PlayStation 4 and the PlayStation 4 Pro in mind.

The game consists of surreal graphics and a stunning 4K resolution running at a whopping 60 FPS (frames per second). It has clear crisp soundtracks and a total of 150 cars to choose from. Couple that with fifty-four different layouts and 18 locations to race on, and you’ve got one of the most stunning games ever.

If you were new to the previous Gran Turismo games, most of your time would probably be spent trying to get the controls right. This edition however makes sure even new players get used to the game as soon as possible. With advanced steering and stability controls, you can easily manage to learn how to take control of your ride and later when you’re comfortable, switch to a more difficult manual operating mode. The game also allows you to customise the entire game as you need, to create your own unique driving experience, even with a personalized exterior of the car. The option to take in-depth photographs was added to take photos of your creations and to share them across social media platforms, and the feature lets you shoot some really cool footage. Definitely a must have game if you love racing to the core.

PC2 has over 140 tracks with 60 different locations around the world. If you are a Motorsport fanatic, you’re going to love the amount of effort put into the details of the locations.

The game has four seasons of racing with variable weather conditions too. The track temperatures and the ambient temperatures including the location along with the time of the year and the wind direction and speed can all be altered at free will.

The game is so accurate that even the angle of the Sun will impact the temperature of the road surface in Project Cars 2. We could count a total of 189 cars in the game, ranging from sports to hypercars and dozens of other racing cars like GT, LMP, rallycross and more.

Due to its realistic nature, this game is best enjoyed with a racing simulator wheel.

F1 is one of the most anticipated racing events in sports every single year, and you can bet you’ll feel the same rush from F1 2019 as well. It is the official video game of 2019 Formula One World Championship which features every single official team of the race – including the drivers and the 21 circles from the 2019 season.

There’s also the introduction of the prestigious F2 cup as well. This allows players to complete the 2018 season and establish a good reputation for themselves before stepping into the F1 championship.

The game also supports multiplayer, with a league function which will allow you to find and create your own tournaments with weekly challenges. Trust us, you will love this game for its challenges alone.

The first time The Crew’s trailer was released, fans went crazy. It was completely different, and yet equally similar at the same time. The game had the graphics and play style rivaling that of Need For Speed, and an execution like none other. The Crew 2 simply follows that concept, except it expands so you conquer not just the roads, but the entire world!

The Crew 2 is an online open world game that gives you the freedom to customize your rides – from a four wheeler off-roader to an airship – without any limitations.

Race against other online leaders, build your way up the racing world, and cement your position. And that is just the beginning. One of the best games in this list, no question.

Almost everyone who loves racing is into NASCAR. It is the official video game of NASCAR and has been evolving – like F1 – over the years. The latest edition in this series is the 2019 Monster Energy NASCAR cup series. We found a total of 38 tracks with 150 official National teams and official drivers for you to play with.

There are a lot of new features which have been brought this year, including a track map and unlockable paint schemes which gives you more control over customisation and career mode.

There are also massive graphic and sound improvements over last year’s edition, making the game even more realistic and exciting.

If you don’t like driving simulators with realistic graphics, don’t worry. There’s always a place where you can trash other cars and get away with it. Burnout Paradise(Remastered) is the one for you. The original game was released back in 2008, for the PS2 and PS3. EA sports made a ton of money, because this game was just brilliant. Anyone with a PS2 or PS3 would definitely have had this game in their disk set.

Burnout Paradise consists of breakneck racing – allowing you to crash, burn and destroy other cars as you race for domination. It is the perfect blend of racing and action for all those hardcore fans who just can’t get enough of the rush of placing first.

Everyone loves the Need for Speed series. It has gone so well with the audience that almost anyone in their 20s right now has played at least one NFS game growing up. It is one of the oldest racing games dating back to even the days of the Nintendo DS. The latest entry Need for Speed Heat, which was released back in 2019, is equally exciting.

NFS Heat is a vibrant racing game with adrenaline-fuelled action packed into it. If you’ve played any of the other NFS editions, you may know that this game is all about street racing and underground night flashes.

There is also a Speed Hunter Showdown mode, where you will have to race in the various Motorsport events such as Race drift and off-road, and build up a reputation at night by conquering the streets.

WreckFest is a different kind of game, out of all the games we’ve mentioned before. It is aimed at providing a totally different gaming experience – wreck stuff. Escape crashes and electric fires to race your way to the finish line. There are no rules in this game.

There are a lot of upgrades and customisation features, with reinforced bumpers, roll cage sides, protectors for you to gear up for the demolition Derby. So gear up, it’s going to get wild.

Crash is a really fun game. There’s not much to it otherwise. It’s simple, sophisticated, and animated. There are no expensive cars or even open words to discover in this game. Crash Bandicoot has been in the Playstation world since the very beginning.

The game’s recent series features all the characters from the original series, racing for fun.

The game has its own unique scheme, with fun rides, online leaderboards, special power ups, and a wide range of race locations to choose from. All in all, it’s a fun game that you will definitely enjoy.

We covered many open-world and racing simulator games in this article. But what if you are into off-road vehicles? PS4 does not disappoint its off-road fans either. Gravel is a stunning off-road racing game that we’re sure anyone would like.

The game was designed to provide the ultimate road of experience, but with racing included. What could be more fun than that? This game is all about fun, taking part across 4 different disciplines – cross country, speed rush, speed across and stadium circuit.

There are online as well as offline game modes available too. This game also features a lot of real world tracks spanning from Europe to America in Speed Cross mode. Stadium Circuit mode consists of both circuits as well as the wild, that are sure to keep jumping up and down in your seats as your ride twists, turns, and potentially even falls off a cliff. Try not to go overboard though.