Motorcycle speed wobble, tank slapper, and motorcycle headshake. These are some scary terms that mean the exact same thing.

If you have experienced tank slapper, you know how helpless you feel when your handlebars are oscillating so fast that you can’t even hold onto them.

What is a motorcycle tank slapper?

Tank slapper is the slang term used to explain the fast side to side oscillation of handlebars. Tank slappers are generally started when the front wheel is lifted off the ground, while acceleration, hitting a pothole, or during a wheelie.

When the front wheel lands back on the road at an angle, it wheel has the tendency to get back in a straight line. Sometimes it gets back in line and all is well, but sometimes the force of straightening the forks is so much that it overshoots the straight line and lands on the other side.

All of this happens so fast that it takes the rider by surprise and there’s very little time to understand and react to the situation.

How to get out of a tank slapper?

So what should you do, if you ever encounter a speed wobble? How to recover from tank slapper? The Internet is filled with varied opinions on this matter. Even professional riders are not able to explain it accurately and most of them go by their gut feeling in this case.

Some say to pin the throttle and power out of it

Some say to shut the throttle

Some say to apply brakes, others say to leave them alone

Some say to loosen the grip from the handlebars and sit straight to move weight to the rear.

I bet you’re confused so let me share my experience with tank slapper and how I got out of it.

My Experience with Speed Wobble:

It happened on my first sportbike, during the first month of ownership, and yes the bike was not in the best mechanical health. It had a busted fork seal and right fork leg was covered with suspension fluid.

And yes, inexperienced me was pushing it too hard on the public road.

As you can see, all the cards were stacked against me.

It was a chilly Sunday morning, I and my friends went to a secluded road to pop wheelies and take some cool shots. Dumb move I know.

As we were leaving out, I saw the open stretch of road and pinned the throttle…first gear…redline…second gear….redline…third gear..and BOOM TANK fu*!ing slapper. That moment you know you F’ed up.

I had no idea what happen. Back then, I didn’t even knew what tank slapper was. But thankfully, I got out of it.

What did I do? As the handlebars started shaking furiously, based on my instinct I left them to do its thing and sat straight. And thankfully it ended quickly.

When handlebars are oscillating furiously, you anyways can’t keep the throttle shut or fully open. Getting hands away from brake and throttle ensures that the bike remains predictable. In a few seconds, the bike should be stable again and the front wheel has the tendency to stay inline

I was lucky that I had a long straight empty stretch of road when that happened. I could have happened on the canyons, or behind some vehicle.

So, I’d say that the best thing to do it to loosen the grip and shift your weight to the rear.

It is scary stuff therefore, it’s best to take preventative measure and not having to deal with motorcycle speed wobble. Earlier I talked about importance of good vision on a motorcycle

How to prevent motorcycle tank slappers

Motorcycle Maintenance: As in my case, most of the tank slapper happen due to poor motorcycle maintenance.

Make sure your tire pressures are right, forks are not leaking, wheels are properly balanced and aligned, and the head bearings of your motorcycle is good. Basic tools to keep while riding

Apart from this, your suspension should be properly adjusted to your weight and riding style. If the rebound of fork is too fast, the front wheel will feel bouncy.

Right Riding Posture: A lot of new riders have very poor riding posture. They take little support by holding the tank with their knees, put all their weight on the handlebars and hold it tightly.

There’s always a little bit of push or pull on either side of handlebars, and when tank slapper happens you only magnify it by holding it tight and not letting it settle down. Remember: the front wheel’s natural tendency is to go straight.

Watch this video to get the right riding posture, It’s very crucial:

Steering Damper: This is a piece of equipment that comes fitted with all modern sportbike. But still, most of the naked motorcycles, cruisers and old sportbikes like R6 don’t have it.

A steering damper is basically a small hydraulic shock that “dampens” the steering. It adds resistance to steering and it makes the steering feel a bit heavy.

Some manufacturer’s like Honda prefer electronic steering stabilizers instead of hydraulic. Benefit? the damper adds less resistance at low speeds so it’s easier to manoeuvre but it weights up as the speed increases.

I hope I was able to enlighten you a little bit about this less talked about topic. Rider safety begins by taking initiative and learning all aspect of motorcycle riding. Interestingly as you focus on being a safe rider, you’ll also become faster on a racetrack. If you liked reading this, do share it with your riding buddies. Listen what Dave Moss has to say about motorcycle headshake:

One might also wreck the motorcycle due to another motorist. For that, you’ll need a motorcycle accident lawyer.

Tank Slapper can be a result of poor motorcycle maintenence or bad riding position. Lack of steering damper and bumpy road increase the chances of it happening.

How do you stop tank slapper?

Letting go of handlebars or loosening the grip is what worked for me. By holding on to the handlebars tight, you magnify the issue and it could throw you off the bike. 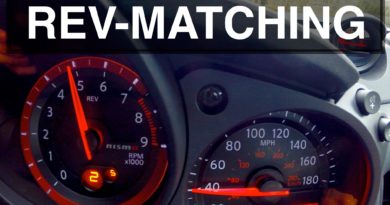 Riding Better: Rev-Matching on a Motorcycle 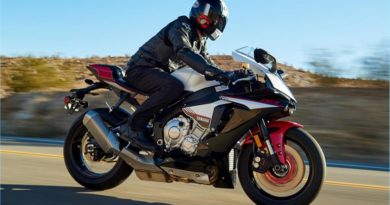 Riding Better: Importance of Good Vision on a Motorcycle