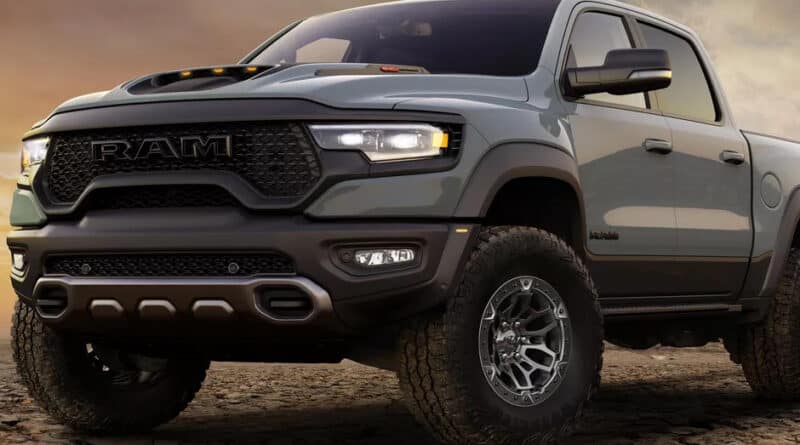 Pickup trucks are dream vehicles for every American. Yes Lamborghinis and Ferraris are great brands and vehicles, but there’s something about a pickup truck that gets almost everyone’s adrenaline rushing. You need to get behind the steering wheel of a pickup truck to know just how exquisite that experience is. But not every pickup truck can make you feel that way. Only the best manufacturers in the business know their way around building a good quality pickup truck, and the numbers show this to be true. Hence, in this article by Motoring Junction, we’re going to take a look at the best selling pickup trucks in the USA and why you should get them.

The Ford F series has been in production since 1948. It has been in some generations for long enough to be called a family truck. The F series is now a truck that comes in different variations and models, but it started out as a light duty truck and was marketed as a full-size pickup truck. Checkout 9 Electric Trucks that will disrupt the market.

This is a full-size pickup truck which has been manufactured by the FCA US LLC formerly known as the Chrysler Group LLC, which has been running since 2010, under the RAM trucks brand. In 2018, Ram introduced its fifth generation pickup truck, the Ram 1500. Two years later, the 2020 Ram 1500 is worth the hype, with a 3.6 litre V-6 engine that churns out a jaw-dropping 305 horsepower.

It has been equally popular as Ford in manufacturing light to midweight commercial vehicles. It is a subsidiary of the Italian American Corporation Fiat Automobiles. Coming from such a good family of manufacturers, you know it’s a great piece of machinery.

Chevrolet is great for its sedans – including the iconic Camaro (remember Bumblebee from Transformers?) – but it also manufactures trucks with the General Motors brand, a subsidiary of Chevrolet. The model was introduced way back in 1999 and is a successor of the Chevrolet CK model line. Chevrolet often uses the Silverado to represent it in the NASCAR Gander Outdoors truck series.

This series has managed to win 8 times since 1995. And with a 4.6 litre V-6 pumping out almost 285 horsepower at 3500rpm, you can guess why. The Silverado is a brand of its own and sells really well in the United States as well as in Canada, Mexico, Venezuela, Chile and even in many parts of the Middle East except for Iran.

GMC (also known as the General Motors Truck Company), is a division of General Motors LLC, and is famously known for its trucks and utility vehicles. GMC mostly produces pickup trucks and light-duty trucks for premium audiences, and the Sierra is no different. Starting at just over $53,000 USD, even the base model comes with a 5.3 litre V-8, bringing with it almost 355 horsepower at 5300 rpm.

This one is a tough beast to tame, but GMC makes the process a bit easier for its customers with a 10-speed shiftable automatic transmission. Although the Blind Spot Warning and Collision detection system come only with the top-end model (putting you back by another eighth grand), the base model and the mid-range model don’t miss them that much. But if you’re one for safety, surely the extra money is worth it.

The Toyota Tundra is probably the oldest truck in its class, but regardless of its age it is a terrifyingly powerful hauler and has a lot in store to surprise you if you don’t watch out. All the models that come under the Tundra are covered by a 381 horsepower V-8 that can easily give you a towing power of 10200 pounds.

You might feel the vehicle to be a little clumsy at highway speeds, and the ride quality might feel choppy as well, but what amazes us is that when it is put off-road, the ride is just….. different. It’s like the vehicle just comes to life when you drive it offroad. All of the underlying features come to the spotlight when you take the vehicle out into its natural habitat. Even though some might feel the styling to be outdated with the old boring media kit materials, the crew cab offers you enough space to consider making it your home. Definitely for the nomads out there who prefer the desert to the highway.

The Tacoma is also a great pickup truck coming from a long generation dating back to 1955. And it is only made in the US. The first generation of this series lasted from 1995 to 2004 and established a whole new category for itself – the compact pickup truck.

The second-generation carried on the legacy from 2005 to 2015 and the third generation has been keeping up with its predecessors. Tacomas are also available in Mexico now, due to their sheer popularity. The 2020 Tacoma sports a 3.5 litre V-6 engine that can produce 278 horsepower and while that isn’t exactly monstrous, in terms of drive enjoyment and Japanese engineering, nothing comes close.

The Ford Ranger doesn’t need an introduction. The legendary machine comes in three trims in 2020 – XL, XLT and Lariat. All these models sport a turbocharged 2.3 litre, 4 cylinder engine, with 10-speed automatic transmission.

The Ranger is famous partly because of its Ford lineage, but also because of user-friendly additions like the Sync 3 infotainment system and the 8-inch touch screen. The most satisfying thing about the beast is its unparalleled ride comfort and convenience. And we all love the heated front seats.

Another beast from the GMC family is the Chevrolet Colorado. It was brought into production way back in 2004, and quickly replaced the Chevrolet S10 and the GMC S15 compact pickup trucks. Named after the state of Colorado, this machine is often compared to its Ford counterpart, the Ford Ranger.

The truck has a fully boxed frame with four disc brakes along with Duralife brake rotors which spells extra safety for passengers. Peeking inside, you will find a premium cabin with ample space. You even get heated leather seats and a leathered steering wheel with most of the models. The Bose Sound system is an added bonus to the 3.6 litre V-6 powerhouse.

The latest model of the Frontier adapts the same 3.8 litre V6 engine as its predecessor. The massive engine of this pickup truck will generate around 310 horsepower and 281 lb-ft torque and that’s nothing new. What is new is the 9-speed automatic transmission with the four wheel drive option.

There was not a lot of marked improvement in the performance over the engine and the transmission when compared to the previous generation Frontier, but the vehicle feels different once you get behind the wheel. It feels completely different than its older brother and in all the right ways. Definitely, something you should try to know just how much Nissan has improved over the years.

Just as we mentioned with the Tundra, you should probably consider this pickup truck only if you value being on off-road adventures more than the city roads. The Gladiator is more affectionately called a Wrangler for the more beaten paths. While it may look all heavy and rough on the outside, the ride is completely comfortable and you can barely hear the outside noise.

Not only that but it is also far more affordable than a lot of compact pickup trucks in the same segment – namely the Ford Ranger, the Tacoma or even the Chevrolet Colorado. The current generation Jeep has also added an optional turbo diesel engine which will produce 60 horsepower with a hefty 442 lb-ft torque. Not a lot, but it gets the job done, and costs a lot less than your average truck.

Learn if you should undercoat your truck’s underbody