Home » Featured » Rivian R1T Electric Truck – Is It Worth the Hype? 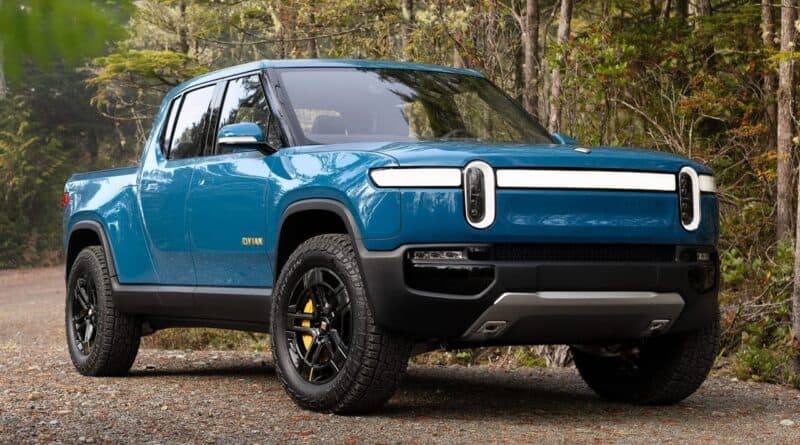 When it was first unveiled in 2018, the Rivian R1T raised quite a number of eyebrows as to whether it would actually be able to pull off such a big task. Rivian put up a promising presentation, and the vehicle looked like something straight from the future.

But people were skeptical as to how this could all be possible, and even if it was, would the Rivian R1T perform just as well on the road? Fast forward to today, and things are looking promising. These are the best-selling Trucks in USA presently.

The R1T is slated to release in January 2021. The truck will enter production in June during the year 2021. The hype couldn’t have been any bigger. But is it worth all the praise?

Rivian’s R1T is an all-electric truck under the hood, and seemingly different from all the other electric trucks out there in the States. If you’re one to take the highways, this truck does a fantastic job in providing a quality ride. But if you’re off-roading, it immediately turns into a beast. You can take it for a test drive, once it’s fully out in the public, and decide for yourself how good it actually is. In the meantime, enjoy this Youtube video of R1T:

The truck is considerably long at 217.1 inches, and has a wheelbase of 135.8 inches. It also provides you with a larger footprint when compared to its popular gas competitor – the Ford Ranger.

It is still a little bit smaller compared to the first-choice Ford F150. If we were to give you an accurate picture of its size, the R1T is very close in comparison to the Jeep Gladiator.

So if you’re wondering whether the R1T would fit in your garage, just see if the Gladiator would comfortably get in, and you have your answer.

The Rivian R1T comes in three battery variants, the largest one being a 180-kilowatt hour battery that will give you roughly 400 miles per charge. The smaller one is a 135 kWh battery that can supply around 300 miles per charge, and that’s pretty decent too. But if you’re not someone who’s going to be using your R1T a lot, you can get the base model, which is rumored to have an even smaller battery pack, and is probably the one that will be released in January next year. See what are different kinds of EV Batteries

Another interesting part about the R1T is its side-by-side axle attached on each wheel, and depending upon your model, you could have two or four motors supplying power to these axles. For the top end model, each motor will provide power individually to all the wheels to bring out a commendable 754 horsepower with 826 lb-ft torque.

If you’re into it, an additional feature of the Rivian R1T is the Tank Turn option. Play the video below to see how amazing it is:

So if you’re ever being laughed at for using an electric truck, you can shut them up with just the push of a button. It’s still in testing, but hopefully, the higher power models will have it when they’re released in the latter half of next year. This is one hell of a party trick.

as the tires of the truck are so durable that even after off-roading for a long period there are very few chances of getting a flat tire), with a floor Jack and toolbox, they all all up to 600 lbs to the original weight. This additional weight also includes a few extra spare parts, a 5 litre water can all set on the recovery board with a rubber rope and camping gear enough for two people. Pretty standard stuff, but something exciting to look forward to.

The R1T has five different ride heights and can stay up to a solid 14.5-inches above the ground, which means that it has an angle of approach of about 34.8 degrees, with a departure angle of 29.3 degrees and a breakover angle of 25.7 degrees. Don’t worry if it’s a bit too technical. It just means that your beasty pickup truck can do insane inclined treks with relative ease.

And in case you’re wondering how this compares to the rest of the competition, the R1T’s height adjustments are way better and greater geometry than a Ford F150 Raptor, or even the new Ram 1500 TRX. The breakover angles better than the Jeep Gladiator Rubicon – a vehicle often regarded as the best off-road pickup there is. That being said, the underbody of the vehicle isn’t completely indestructible from the debris of the road, and you will have to be careful regardless of what height you’re riding on.

The underbody has been designed to give you additional space by overcoming the traditional powertrain, so there is massive storage space in the underbelly, but you will have to be careful not to go too flashy on the off-roads. The bed is also only 4.5 feet long, but there is a massive 11.1 cubic feet of space in the trunk, which is more than enough for sleeping bags, some pillows and robes and even a couple winter jackets. It even has enough space for an additional Maxtrax or even personal bags.

Another cool thing about this is that there are tunnel doors on both sides, which when flipped down also function as a seat. You can also use it as a step to access the bed or even the roof rack which is very interesting and honestly might be your next favourite thing about the R1T.

The vehicle has great torque and thanks to the truck’s suspension system, it easily gives you a lot of traction to stay on top of the sand. You can feel this most when riding the vehicle on the maximum height level 4. The vehicle still feels as if you’re driving it on a flat road.

Rivian has also stepped up its game in terms of innovation and power. The R1T semi-truck comes with something called a Mobile Energy command. The mode allows you to charge your truck at speeds up to 130 kW, which is three times faster than almost any other charging station. This means that you can charge up to 80% of the Rivian in just about 30 minutes, although it does take a lot of time to charge completely (as is the case with every other battery), so the last 20% might take some time.

All in all, you might want to wait an hour or so for the battery to get fully charged, but for 300 miles per charge, a one hour waiting time is hardly something to frown upon.

Rivian is also planning to release its own charging infrastructure known as the Rivian Adventure Network. So if you would like to find an AC charging station while you are off-road in hotspots like California, in the Pismo Beach or Barstow, Las Vegas or even Nevada, you can simply search for a charging location on plugshare.com.

Another cool feature of the Rivian R1T and that is you can do something called a tow charge. If your truck runs out of power, then you can simply have it get pulled by another vehicle and share some of the energy back from that truck back into your battery, which will be enough for you to head towards a charging station. Pretty sweet stuff.

To conclude that the Rivian R1T has a lot of strong points under its belt and is nothing less than a game-changer. Indeed there is some work to be done on the 48 launches next year, but it does not look like the truck has any pre-production weaknesses to speak of.

The base models of the R1T will be coming out as early as January 2021, while the more powerful variants will be sent into production starting June 2021, but for now, we can confidently say that the Rivian R1T definitely is worth all the hype it is getting.

Checkout all exciting Electric Truck that are launching soon