Home » Technology » What Kind of Batteries are used for Electric Vehicles 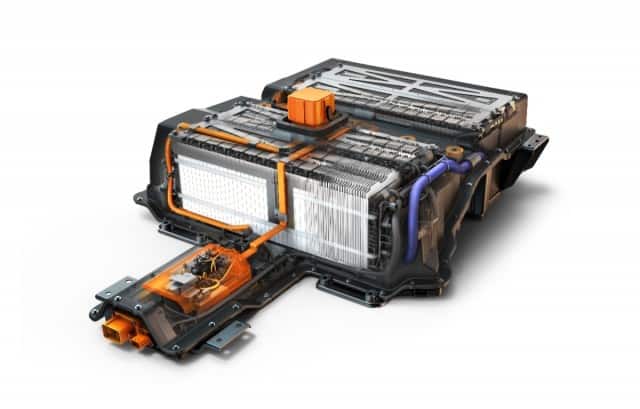 Electric vehicles are all the rage in the market today. With Tesla leading the charge toward more affordable electric vehicles and a more sustainable future away from the more traditional vehicles we see on the road these days. We’ve written a lot about electric bikes and electric trucks already, so we’re not going to talk about them today.

What we are going to talk about however is what powers these electric vehicles? We know that the internal combustion engine is the heart and soul of a traditional vehicle. For electric vehicles, it’s the batteries, not even the motors! The batteries are the limiting factor for EVs currently.

Now, of course, regular vehicles have batteries too, but they don’t play that majority as they do in an electric vehicle, or even a hybrid vehicle – a combination of batteries and engine to run your car – for that matter. For the most part, the batteries work to keep the electrical equipment in your vehicle working. In electric vehicles, they do much more than just turning on your headlights.

The battery pack of an electric vehicle is also required to power the drivetrain motors to move anywhere. So needless to say, these batteries need to be powerful, and not just any battery can offer you that power.

This is why, in this article by Motoring Junction, we’re bringing you some of the batteries that are best suited for an electric vehicle, and why manufacturers choose a certain kind of battery.

Most Plug-in hybrid Electric Vehicles and classic Electric Vehicles use Lithium-ion batteries- though the exact chemistry of these batteries often varies when compared to that of consumer electronic batteries. Lithium ion batteries have high energy per unit mass (lithium ion achieves an energy density of 125-600+ Wh/L), meaning more energy may be stored or transported for the same amount of volume. A high energy density also allows the vehicle a longer range, meaning the consumer does not need to charge as often. These batteries also have a high power-to-weight ratio, high energy efficiency, good high-temperature performance, and low self-discharge, making them efficient and one of the best options in this collection of EV batteries.

Most lithium-ion batteries are 95 percent efficient or more – that is, 95 percent or more of the energy stored in this battery is actually used. Adding to their efficiency is the fact that these batteries can be recycled; the downside of this recycling process is the cost of material recovery. Overall downsides to Lithium Ion batteries are its high cost- considering the quality and efficiency it provides the cost is reasonable, but not that affordable- and overheating. Research and Development are ongoing to reduce the cost, extend their life, and close other gaps that contribute to its mild inefficiency.

Lead acid batteries have efficiency of about 80 to 85 percent. And Lead Acid Batteries are known for being cost effective and offer high power, safety and reliability- though not in all conditions. Due to low specific energy- achieving an energy density of 50-90 Wh/L- poor cold-temperature performance, and short shelf life, the full capacity of these batteries is not effectively used.

A lead-acid battery takes more than 10 hours to charge. These batteries are used in commercially available electric-drive vehicles for secondary/ ancillary loads, that is, lead acid is great fit for large scale stationary applications where space is abundant- because they are big, heavy and take up more space- and energy requirements are low.

These batteries, compared to Lead-acid batteries, have a much longer life cycle and are somewhat abuse tolerant and safe- abused batteries are those that are used outside of the design’s operating space, improperly built, or beyond their useful life, safety issues arise.

The most common responses of batteries to abusive conditions are heat generation and gas generation; the most severe consequences arise when the stored energy is released rapidly in an unintended manner, causing thermal runaway. The mentioned conditions do arise in Nickel Metal Hydride when worked outside what they are designed to work as. The battery shows a 20 percent self-discharge in the first 24 hours after charge and 10 percent every month after that. Inorder to reduce self-discharge and curb erosion of the alloy, modification of the material can be done; however, it lowers the specific energy.

Ultracapacitors, also known as supercapacitors, store energy in a (polarized) liquid between an electrode and an electrolyte. Their energy storage capacity increases as the liquid’s surface area increases. Hence, ultracapacitors are excellent energy storage devices and their high capacitance goes up to hundreds of farads. Though they store less energy than similarly sized batteries, they release their energy much more rapidly as the discharge is not dependent on a chemical reaction- hence, they are used to charge electric vehicles rapidly when they go from one stop to another.

Another advantage of the ultracapacitors is that they can be recharged multiple number of times with little or no degradation. This is because there is no physical or chemical reaction taking place when they are recharged. They are also useful as secondary energy-storage devices as they help electrochemical batteries uniform load power.