After a wait of over 10 years, next-generation 2018 Jeep Wrangler is finally out of the box. JL Wrangler replaces the older JK model.

The 2018 Jeep Wrangler retains its friendly, boxy design. Fans of the Jeep Wrangler love the SUV for its straight lines, round lights and flat bonnet and vertical grille. Anything curvier is sure to put off its fan base. The overall profile stays true to its traditions but adds a few touches to give it a modern look. The headlights are still round, but pack LED projectors and LED daytime running lights. The headlamps intrude into the grille area as the outer edges of the iconic 7-slat vertical slats. There are LED taillamps playing within the outlines left by the outgoing model.

The doors, roof and the front windshield are still easily removable. To take off the soft top manually, there’s no zipper to undo. Folding back the soft top is now much easier and takes just seconds.

Just like the exteriors, the interiors also look familiar but add a few extra features. Subtle improvements include the addition of metal accents to the dash. So, in the Wrangler, all that looks like metal is actually metal. The door armrest are longer and still flat so you can rest your entire forearm. The centre console is now slightly higher so the gear lever, parking brake and cup holders are easier to reach.

The top variants get 8.4-inch UConnect infotainment system with Android Auto and Apple CarPlay. Lower variants get 5.0 or 7.0-inch displays. There’s also small colour LCD in the instrument cluster to show additional info including pitch and yaw. The cabin has drain holes all around. So you can get dirty with it and just pressure wash the interiors.

A rugged body frame and 4WD is standard on all variants.

The smallest engine goes against the norms of “big engine equals big power’. The turbocharger and direct injection help it give good power figures while a mild-hybrid system adds more off-peak torque.

Hardcore fans reaction will be the same as that of a Mustang fan. Muscle car lovers also took their time before admitting that the small EcoBoost turbo petrol engine wasn’t all that bad. Over time, the Jeep fans will also find out that a turbocharger and hybrid system isn’t too shabby.

India gets the 4-door Jeep Wrangler Unlimited, which currently retails for Rs. 60.2 lakh. The high price is because of the heavy import duties. The next generation Wrangler might see the price go up by about Rs. 4.0-5.0 lakh. That’ll take the ex-showroom India price of the 2018 Wrangle Unlimited to about Rs. 65.0 lakh.

The Wrangler has no direct competition. But for off-roading, there’s the extremely competent Mahindra Thar (Rs. 9.0 lakh). Although, it’s like saying the Royal Enfield Continental GT is a competitor for the Triumph Thruxton. Sure, they’re both cafe racers, but worlds apart in pricing. The Continental GT costs Rs. 2.1 lakh while the Thruxton R sells for Rs. 12.5 lakh. 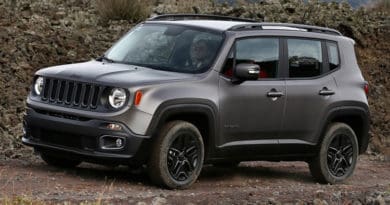 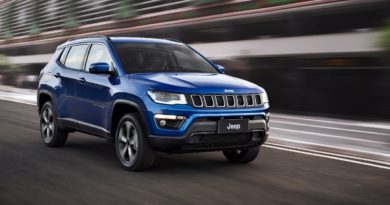 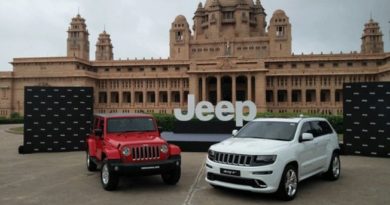