Home » Latest News » Hero Xpulse Vs Impulse – How Is It Better? 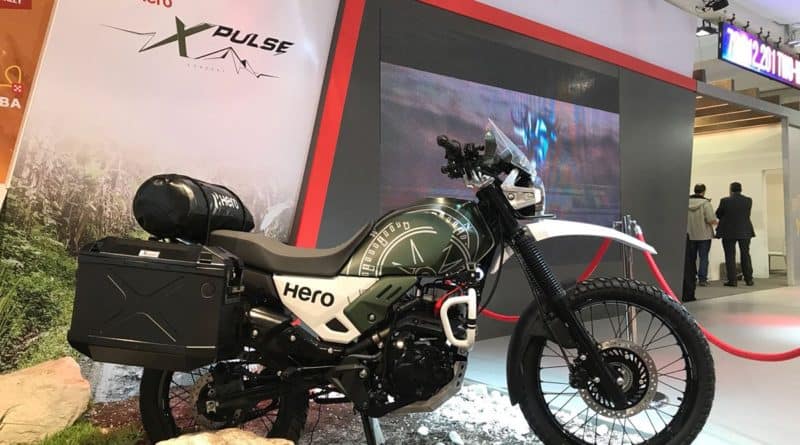 They’re saying it’s a concept but it’ll enter production in 2018. Let’s compare Hero Xpulse vs Impulse and see if it’s any good. 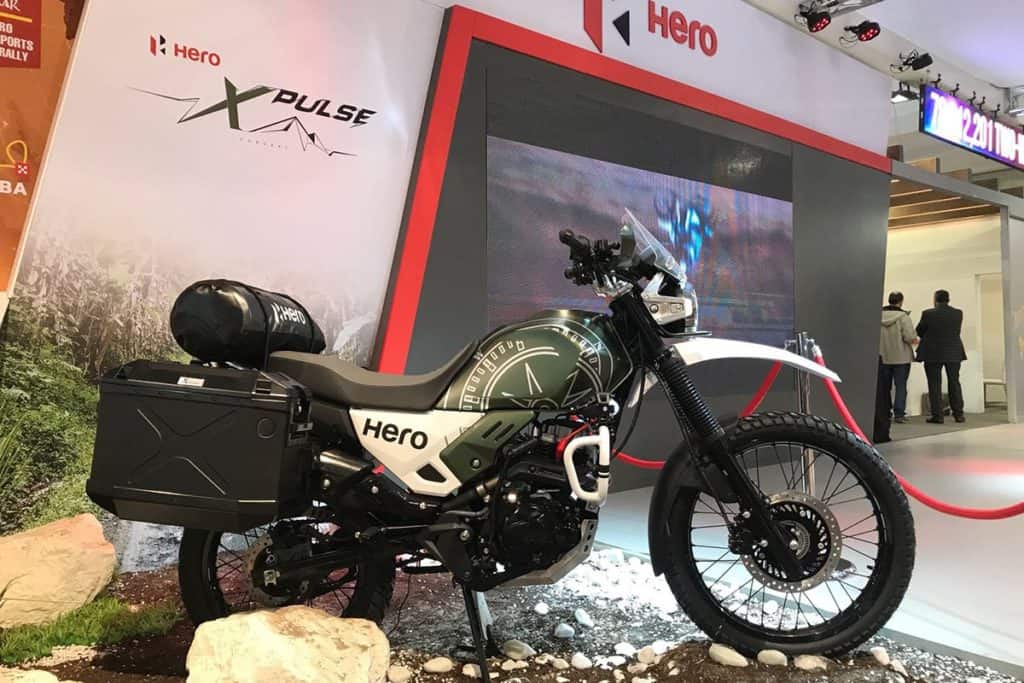 The Impulse was ahead of its time. A small engine and minimal awareness about adventure bikes put an end to its production in just one year. Hero also didn’t have enough campaigns, trail rides, tours and advertisement. Let’s see if Hero has fixed the Impulse’s problems and drawbacks.

— 50cc more than the Impulse. Thankfully, there’s no liquid-cooling or oil-cooler, which helps keep things simple.

— Impulse has 13hp of power at 7000RPM. The low power of the bike was a big problem. 20hp should be enough to satisfy most buyers’ off-roading and touring needs. Plus its light weight will help it attain better power-to-weight ratio than even the Himalayan, which weighs about 200kg wet.

— The addition of the 6th gear will help cruise at high speeds. The first gear of the Impulse is very short and the second is quite tall. That puts the rider in a tricky situation when climbing a gravely hill.

— The Impulse could only manage 90km/h with a little stress on the engine. 80km/h was effortless, though.

— The weight increase should be minimal ~5kg over the Impulse.

— Both the tyres are bigger than the Impulse, which had 19-inch front and 17-inch rear. Bigger tyres will give it incredible off-road potential.

Chassis / frame single downtube with the engine as stressed member

— The Impulse has a double-cradle frame, which puts the chassis at the bottom. So, the engine was safe even if you see-saw on a rock or a log of wood. But using the engine as stressed member will make Xpulse rigid and help it deliver better handling than Impulse.

— These headlights may not make it to the production model.

— The Impulse had an analogue tachometer and digital everything else.

— The Impulse did not have a windscreen, which made it difficult to cover long distances because of the windblast.

— The forks of the Impulse are open so there’s no protection from the dirt and dust.

— Impulse had front disc brake and a drum brake at the rear.

— This could make it to the production bike at least as an option.

— This is a feature you’ll appreciate if you ever have to go through waterlogging. Becuase of a high intake and exhaust, the bike can go through deep waters.

— The Impulse doesn’t have a centre stand. That makes it difficult to fix a puncture and carry out basic maintenance. The centre stand should be part of the standard kit.

— Because of the single downtube, there’s no chassis to protect it when off-roading. So it needs a bash plate. Hero might sell this as an accessory. 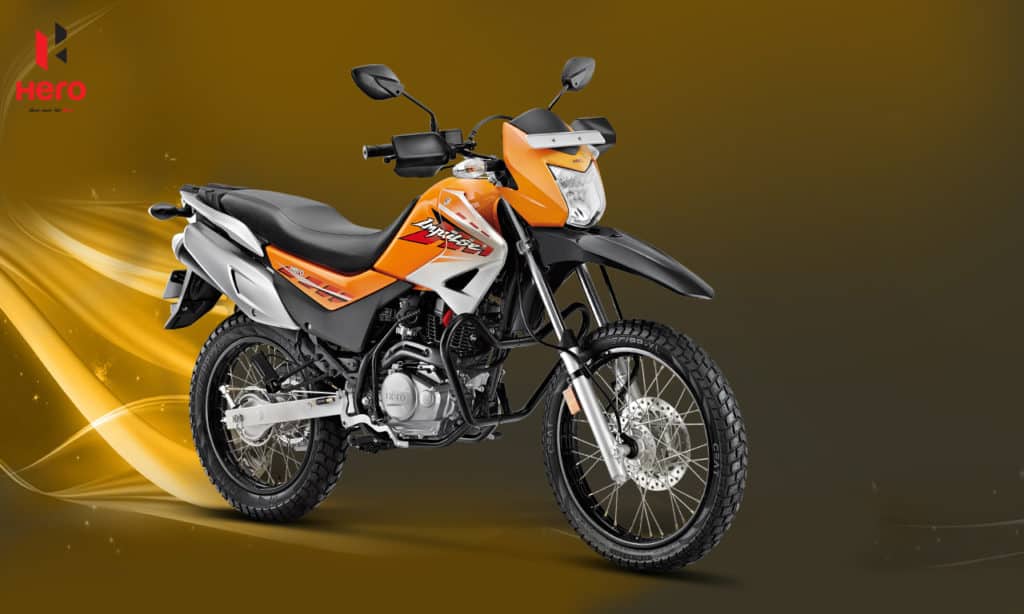 At EICMA, the company showed the Xpulse Concept. They are calling it a concept because it may not get all of these features. The company has confirmed that it’ll launch by mid-2018 through a separate retail chain. Just like Maruti Nexa, the new kind of showrooms will also sell other expensive bikes like Xtreme 200.

Hero Motocorp official has told that the XPulse adventure motorcycle will be launched by December 2018. We were earlier expecting it to be launched around June-July. The launch is slightly delayed because right now Hero is focussing on launching the Xtreme 200R motorcycle (powered by XPulse 200cc engine), followed by Duet 125 and the Maestro Edge 125 scooters.

Hero representative told Bikewale: “We’re focusing on the Xtreme 200R, Duet 125 and Maestro Edge 125 launches. Once we are through this, our focus will shift towards the XPulse launch which we are really excited about.” 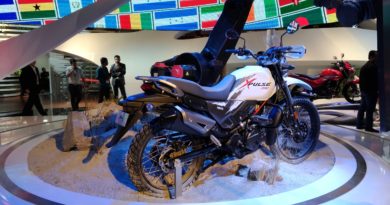 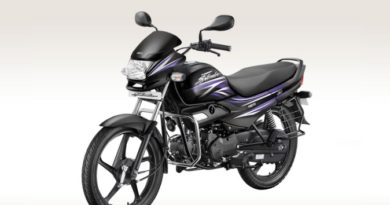