Over a year after showcasing the bike at the 2016 Auto Expo, Honda has finally launched its brand new ADV bike, the Africa Twin.

Priced at Rs. 12.9 lakh (ex-showroom, Delhi), the Africa Twin will challenge the veteran Triumph Tigers and the newcomer BMW R 1200 GS. The Honda here packs a 999cc parallel twin engine that pumps out 87HP of power at 7500RPM and 92Nm of torque at 6000RPM. That’s seven fewer horses and 8Nm of less torque compared to its international counterpart.

That’s not where the India-specific tweaks end, though. Given our modest average height, the seat is also set lower at 820mm against the international spec Twin’s 850mm. It’s also possible to raise the saddle by another 20mm. Thankfully, none of this comes at the cost of ground clearance, which remains untouched at 250mm. For comparison, the pocket-friendly Royal Enfield Himalayan stands 220mm high off the ground with a saddle height of 800mm.

The GS, Tiger and Twin, all differ in their powertrain geometries. The BMW packs a flat twin; the Tigers have an inline three while the Africa gets a parallel twin setup. They all have distinct engine layouts, but the Honda has more than that. Unlike the other two adventure bikes, the Africa Twin comes with a 6-speed dual clutch automatic transmission. That makes it the only ADV bike to come without a clutch and gear lever. Given its price tag of about Rs. 13 lakh, it’s also the most affordable automatic bike in India, ADV or otherwise.

The inclusion of an automatic transmission makes it impossible to stall regardless of the terrain. The Africa Twin can also stick to lower gears if it detects considerable gradient. It’s extremely unnatural but you do have the option to change gears with buttons. If you’re looking to precisely control the power output with the clutch lever, then this bike isn’t for you. The manual transmission variant is also unlikely to make it to India anytime soon.

When traversing the trails the Africa Twin, a.k.a., CRF 1000L, allows the rider to switch ABS and traction control to off-road settings. This way, the ABS remains active only on the front wheel while allowing the rider to lock up and slide the rear end. Traction control, too, lets the rider get playful with the throttle and gets the rear wheel back in line only when it goes way out of line. The Africa Twin doesn’t have ride-by-wire and that means that tourers can kiss cruise control goodbye. Its adversaries offer electronic throttle control while the Honda makes do with a cable-operated one.

Here are the details about the CRF 1000L: 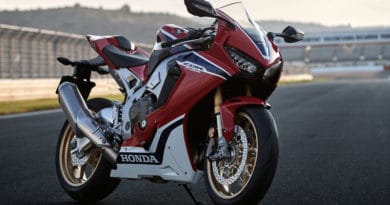 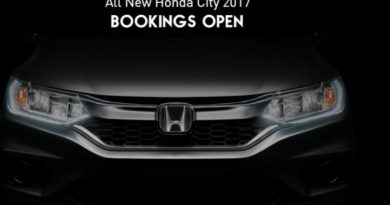