Update (July 1, 2017): Multiple dealers have confirmed that the bike will arrive sometime in August. Bookings are officially open but the demand remains weak as buyers flood the Internet with Himalayan’s quality issues.

Royal Enfield stopped the production of Himalayan after facing a backlash from owners over quality woes. The company manufactured zero units in the month of April, May and possibly, June. The bike is out of production since the BS IV norms kicked in from April 1, 2017.

You’d be wrong to think that the bike maker is sitting idle and doing nothing about the Himalayan owners’ complaints. The company is working on the weaker areas to make the bike as bulletproof as its other models.

According to our source close to Royal Enfield, the company is looking deep into the problems plaguing the existing owners. The source tells us that the new bike should take another two months before hitting the showrooms. The management and the development team is in its last stages before the bike receives a final thumbs up.

Our source confirms that the new bike will be “far better” in terms of the quality and fit-and-finish.

The first bike breathed the fuel-air mixture from a carburettor. It’s a simple setup that any roadside mechanic can pull out and fix. That made it ideal to explore remote places where it’s easy to repair.

We expect the new model to come with port fuel injection to comply with the stricter BS IV norms. I’d not call it wishful thinking to expect the bike to come with ABS. Royal Enfield would want to win back the trust of its potential customers. Extra safety features never hurt either. Besides, the international model also gets ABS so the company may make it a standard feature for India too.

What’s The Big Deal With Himalayan?

It’s the first purpose-built bike from the manufacturer with several new features unseen in other Enfields. It has a counterbalancer (=smoother engine), a mono shock at the back and has the engine oil cooling function. If you think the Enfields have a compliant suspension, wait till you ride the Himalayan. Just a few minutes of riding will ascertain that you can go over potholes and speed breakers without slowing down.

Author’s Note: What Is The Himalayan Like To Ride?

I’ve had the luxury of riding the Himalayan through straights, twisties, jungle, rocks, gravel, sand and rivers. And, it excels in all respects with its weight being the only thing weighing it down after the rider skills. The bike has perfectly-tuned suspensions to allow you to ride through rough roads like they don’t exist. On rumble strips, the bike gives you the confidence to speed up. And when you do, it rewards by gliding over them.

Journalists across the country have said that the Himalayan is low on power. But I found that it could easily hit (and maintain) speeds of 110-120km/h. Unless you’d like to tire yourself with wind blast, I’d say that’s enough for cruising on our highways.

Verdict.: Money no bar, if I had to pick and live with one, and only one, bike, I’d choose the Himalayan. I can take it for cruising, touring, off-roading, exploring and commuting. It’s the only bike in India that can do all of that satisfactorily.

My verdict remains unchanged to this date notwithstanding the quality issues. Even if it falls apart, at least spares are dirt cheap and readily available. Compare that with the Triumph Tigers and Ducati Multistradas. A low seat height, good ground clearance and low price tag make it an attractive package. 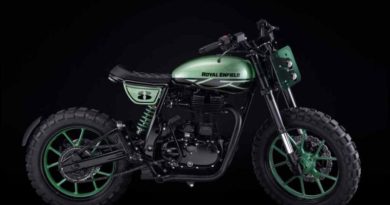 Fresh Upgrades of Bullet and Continental GT for Euro market