Royal Enfield will stay between the 250cc and 750cc middleweight zone. In an interview with renowned motorcycle journalist, Alan Cathcart, the CEO confirmed that the company is working on a bigger Himalayan.

How big the engine will be is anybody’s guess, but Siddharth Lal told Alan that the Himalayan is going to get a bigger engine. At the same time, Sid also confirmed that Royal Enfield is working on many upcoming bikes and many of those aren’t retro classic models. Himalayan is the only bike in Enfield’s stable that doesn’t rely on its history to impress the rider.

The need for a bigger Himalayan does not arise out of the ‘need’ to have more power but rather the ‘want’ of it. Royal Enfield kickstarted the off-road and adventure riding culture but failed to make significant numbers with the Himalayan despite having a well-engineered bike. The bigger Himalayan will quench that thirst for the Indian buyers.

Author’s Note: What is the Himalayan like to ride?

I’ve had the luxury of riding the Himalayan through straights, twisties, jungle, rocks, gravel, sand and rivers. And, it excels in all respects with its weight being the only thing weighing it down after the rider skills. The bike has perfectly-tuned suspensions to allow you to ride through rough roads like they don’t exist. On rumble strips, the bike gives you the confidence to speed up, and when you do, it rewards by gliding over them.

Journalists across the country have said that the Himalayan is low on power. But I found that it could easily hit (and maintain) speeds of 110-120km/h. That’s what’s best for cruising on the highway unless you’re interested in tiring yourself out with wind blast.

Verdict: Assuming money is no problem if I had to pick and live with one, and only one, bike, it’d be the Himalayan. I can go cruising, touring, off-roading, exploring and commuting on the Himalayan. It’s the only bike in India that can do all of that satisfactorily.

What about new bikes?

As India contributes to 96% of Enfield’s sales, working on a motorcycle that does well in its homeland is critical. Sid confirmed that the company would never work on a model exclusively for exports. A bigger Himalayan has great potential in India as well as abroad.

The bigger engine will allow Royal Enfield to spread its roots in the Harley-Davidson’s home turf. In the US, the speed limit of around 130km/h on several highways warrants a bike that can comfortably maintain 150-160km/h all day. The bigger Himalayan and the upcoming rumoured 750cc Continental GT will serve that purpose.

Sid also said that the optimum engine displacement for Royal Enfields is somewhere between 250cc and 750cc. This middleweight segment has high demand in Indian and international markets.

He then went on to suggest that 350cc will remain the bread and butter and he has no reason to go below the 350cc mark. At the same time, he hinted at a potential 250cc Royal Enfield if there’s enough demand. It’s just not on the table right now.

Sid shied away from adding fuel to the fire of speculation but confirmed that something big is coming. And, the larger Continental GT we see quite often on the roads could launch by the end of this year.

The young CEO and an avid motorcyclist, Sid Lal, said that the 350cc-750cc will be Royal Enfield’s playfield in the foreseeable future. 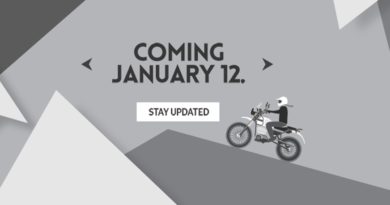 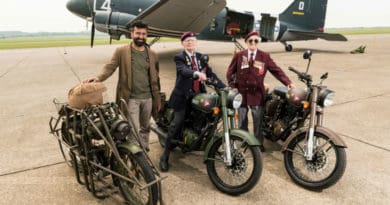