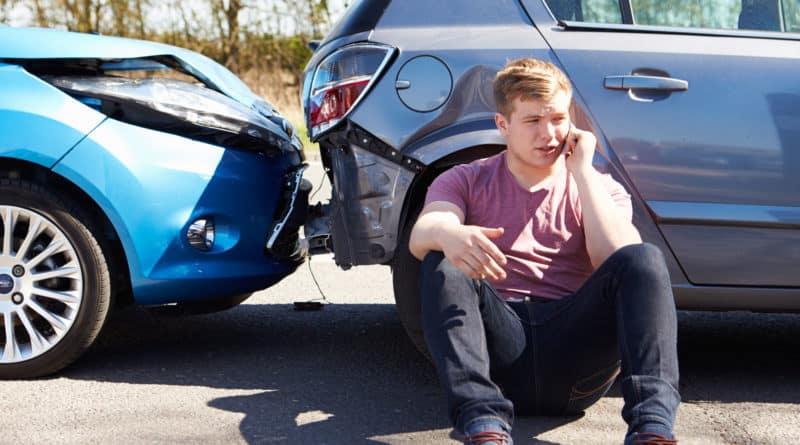 You don’t wanna be involved in a crash. Ask your insurance provider they’ll tell you how much they care about you and your car’s well being. When you have a collision, the insurance company loses money and nobody likes to lose money. But there’s hope as more and more automakers are working on active and passive methods to avoid collisions. Lemme walk you down the three basic approaches for mitigating collisions.

This is the most basic of the three here. There’s nothing the car is going to do for you except inform you of a potential collision. If the car is about to run into something or the vehicle up ahead suddenly applies brakes, then it’ll warn the driver with either a visual or an audible warning or both. This system uses either a radar or a laser sensor to gauge the distance and the rate of deceleration to determine if a collision is about to happen. Sometimes a camera is also thrown in the package to get another perspective for improved accuracy.

The beauty (and the drawback) of this system is that it doesn’t interfere with the mechanicals of the vehicle. This means you could install such a collision warning system in your car without messing up anything else.

The easiest way to get this feature is also the only way. Certain dashcams with collision warning use their camera to see what’s in front. The camera will warn with beeps if the driver gets too close.

The added benefit of this system is that you also get all the benefits of a dash cam. In the event of a collision, the camera permanently saves a short duration of video before and after the mishap. For legal and insurance purposes, that’s enough to prove your innocence.

This system prepares the brakes if you’re likely to hit the car in front of you. By creating a tighter vacuum moments before a collision makes brakes more effective. The brakes engage fully before you depress them and they also bite harder to help you avoid a crash.

The system doesn’t bring the car to a stop by itself. Therefore, this is another passive safety technology just like the warning system.

All the car manufacturers give their own Auto emergency braking system a fancy name to differentiate but the basic function they’re supposed to do is the same. The hardware could be different though and therefore the effectiveness. Technologies used include laser, radar, lidar and cameras. Manufacturers use either two or more of these options to detect when the brakes need to be applied.

As the name suggests, this system applies the brakes for you if you’re too lazy to do it yourself. Typically, these cars also come with Adaptive Cruise Control (ACC). This technology drives the car at a set speed and maintains the distance from the car in front. On open roads it drives at the preset speed but if the car in front brakes, the ACC applies brakes too to prevent those fender-benders.

Even if the AEB tech doesn’t totally prevent a collision, applying brakes before the crash minimises the impact and hence, the injuries. It could mean the difference between life and death.

A study conducted by Highway Loss Data Institute (HLDI) of the US found that cars with Automatic emergency braking made 14% fewer accident claims. Another report by Insurance Institute for Highway Safety (IIHS) said that owners of AEB-equipped cars made 35% fewer injury-related claims.

HLDI’s detailed analysis reveals that two of Volvo’s cars, the S60 and the XC60, were high on safety in the real world conditions. According to HLDI, AEB-equipped S60 owners made 16% fewer claims. The same figure for the AEB-ready XC60 owners was 15% lower compared to the industry average in their respective classes.

Therefore, IIHS has started taking AEB into consideration for giving the safety ratings to the cars. The varying technology used by manufacturers could result in varying scores, though. Among the top scorers, were cars from Acura, BMW, Mazda and Chrysler. 10 of the biggest car makers have announced that by 2020, all of their cars will either include AEB as standard on all of their cars sold in the US or at least have it as an option. The list includes Mazda, Volvo, Tesla, Toyota, Ford, General Motors, BMW, Mercedes, Volkswagen and Audi.

This is a piece of technology that pays for itself by preventing just one collision. Preventing crashes later on just saves more money for the owner (and the insurance provider).

Where Does India Stand In Collision Prevention?

Volvo has been at the forefront in terms of avoiding collisions, both, in India as well as abroad. Volvo’s ‘City Safety’ feature uses the laser to mitigate minor accidents at relatively slower city speeds. To avoid high-speed collisions as well, the company uses radar, which was banned from usage until recently. After the de-licensing of certain frequencies, Volvo is again leading the roads of safety with the latest XC90 T8 Excellence. The luxury SUV is not just the safest car you can buy today in India but it’s also one of the most luxurious and feature-packed cars.

In the name of safety, the XC90 T8 Excellence comes with:

Even at the price of Rs. 1.25 crore, I’d say, it’s a lot of car for your money and definitely unlike anything else on the road today.

Also Read: Alignment and Balancing: 3 Things You Should Know 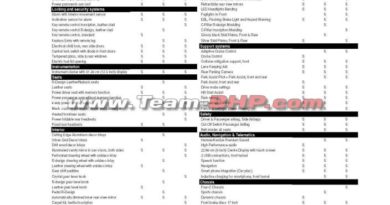 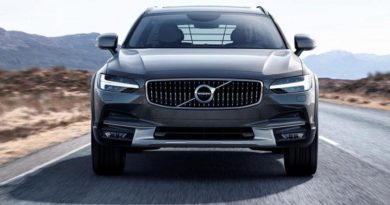