The Huskies are inbound. It’s time we start spotting the differences and start pitting Husqvarna Vitpilen vs Svartpilen 401. Here’s a quick video that skims through the milk in just one minute so you can make up your damn mind about which one you want for Christmas. Or birthday.

At about 9 seconds into this “NO-BS” video, the dude starts pointing out the differences between the two bikes. By 1:09, he’s done. Then it’s just a quick walkaround so we can gawk at these Swede hotties. Check out this Husqvarna Vitpilen vs Svartpilen 401 video:

Here’s the gist of differences in this Husqvarna Vitpilen vs Svartpilen 401 showdown:

Visual Treat And Plenty Of Meat

If you’re wondering about the differences in the suspension travel, wonder no more. They’re exactly the same on both the bikes. Despite what the tyres of the Svartpilen might convey, the bike is not meant for the rockies. It may turn out to be suited for the sand, though. Both the bikes feature a 142mm and 150mm of travel at the front and rear, respectively.

The bikes borrow the engine from KTM 390 Duke and generate 43bhp at the crank. The engine in the Huskies reportedly delivers the torque slightly lower in the RPM band for a city-friendly pull at low revs. It sacrifices a bit on the top end as it’s not a certified hooligan like the KTM.

These bikes deliver 1-2 punch to the competition by featuring a futuristic yet old-school-ish look with all the 20th-century bells and whistles. One is a cafe-racer and the other is a scrambler. Both of these themes are doing very well in the market at all price points – from Ducati Scrambler to the BMW RnineT. Even the upcoming Royal Enfield Continental GT 650 is banking on classic cafe racer lines. I’d throw myself at the black one if it costs around Rs. 3 lakh (ex-showroom). But I wouldn’t mind paying another Rs. 50,000 either.

Success Is The Path To Failure

As much as I’d like the brand to succeed, I really hope these bikes carry a higher price tag. It can help scare away casual observers looking for just a value-for-money bike. And, that will limit its appeal to only those who admire this certified piece of art. It’ll also create an air of exclusivity around it and keep the brand from shooting itself in the foot the way Royal Enfield did. The British classic’s success has made it way too common and it’s no longer the choice for those who want to stand out.

The Huskies are expected to go on sale in a year’s time. The production is about to shift from Austria to Bajaj’s Chakan facility.

KTM Is Bringing Husqvarna To India In 2019 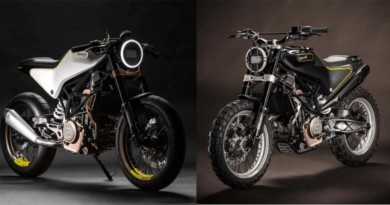