If the proposed GST rates go through, then hybrids will get costlier. Cars like the Maruti Ciaz Ertiga, Toyota Prius and the upcoming Hyundai IONIQ will pay more taxes.

Currently, the Maruti Ciaz Ertiga, etc. pay 6% excise duty instead of the applicable 24%. The VAT, which goes to the state government, is set at 5% in Delhi instead of 12.5% for cars in this bracket. An advantage of 28.2%.

Before 1 July 2017 is a good time to buy car to fetch a good deal. Even Audi is freely advertising about their pre-GST Discounts.

Prices of the Ertiga are artificially inflated to maximise profits because of the strong demand in the taxi segment. The difference still looks palatable for the top end variant but on the lowest trim, it stands at about Rs. 1.5 lakh.

The Ciaz would not survive with inflated prices next to the Honda City, which already sells extremely well despite a price disadvantage of lakhs. So, the gap will become narrow between the two.

The proposed GST will have no mercy for hybrids and the states will have no control over the tax structure jacking up the prices of these cars. The proposed tax under GST applicable for the Ciaz and Ertiga stands at 28% GST and 15% cess bringing the total tax payable at 47.2%. Up from the current payable tax of 16.87%. A big jump indeed.

If you were concerned about Ertiga price after GST, now is the time to tell you that they will increase by up to Rs 1.5 lakh. This increase in the retail price of the Ciaz and Ertiga diesel will also have an impact in the used car market. A used Ciaz will also gain about Rs. 50 – 70,000 in value if the proposed GST for cars is passed. Ertiga will remain mostly unaffected because of the already high gap between the petrol and diesel variants on the lower variants.

Other hybrid cars to feel the heat will be Toyota Camry, Prius, Lexus LS 300h, RX 450h and Volvo XC90 T8. The upcoming Hyundai IONIQ will also become costlier than expected and the company could entirely shelf the plans of launching the Hybrid.

GST will change the industry dynamics complete for hybrids. The move will force manufacturers to skip the hybrid technology completely and focus on electric propulsion systems. The electric cars in Delhi will pay 12% tax under GST compared to the current payable tax of 11.3% in Delhi. Certain states already have 0% VAT on electric vehicles. Under the GST structure, these electric vehicles will pay 12% instead of the current tax of 6%. 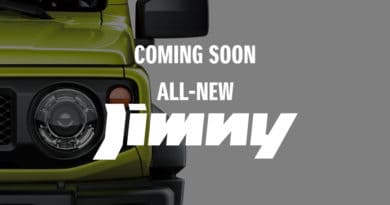 Boxy Maruti Jimny Is Out Of The Box. Coming To India?